The plan is now in place for the chicken coop, and my attention has switched to the furnishing of the coop. The first port of call for the furnishing is bedding and the first thing to know about bedding for chicken coops, is that bedding is not actually bedding (or at least not what I had become to know as bedding). In fact there are several types of chicken coop bedding and none of them are actually bedding. Not one! Chicken bedding is essentially floor covering and not something chickens use for sleeping. 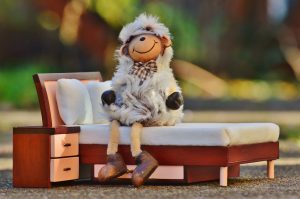 Chicken bedding (also known as chicken litter) makes the coop easier to clean. It soaks up moisture and absorbs smells, making it a more pleasant environment for your chickens and you. The bedding material however does have a saturation point where the moisture and smells will stop being soaked up and must be replaced on a regular basis. There are several types of bedding to suit all requirements and these include:
• Sand
• Sawdust
• Straw or hay
• Wood chips (no not you old wall paper)
• Wood pellets
• Wood shavings

I found that there are also a few types of bedding materials to avoid, such as cat litter, pine needles, treated mulch and whole leaves. Apparently these can cause a variety of problems such as slippery surfaces (after all we don’t want the chickens whizzing around the coop having too much fun!) and toxins that are dangerous for your chickens.

I decided to go with sawdust for my choice of bedding material as I was able to source this relatively cheaply. Sawdust does have one negative of being quite dusty which can cause irritation for humans, but chickens seem to love the dusty environments. I was happy to proceed with the sawdust as I considered this to be low risk but would be happy to re-evaluate that decision if I started to experience any unpleasantness.
When I was choosing my type of bedding material, I found it was a good idea to consider how I was going to dispose of the manure and old bedding. Chicken manure mixed with bedding can make a good fertiliser for your plants and crops. Although I noted that it is best to let the mixture age for a minimum of four to six weeks (longer in winter) so that it composts well. Applying the compost too early can burn the plants and undo all of the goodness that you are trying to achieve. This would lose me some serious browny points by killing the wifes vegetables!